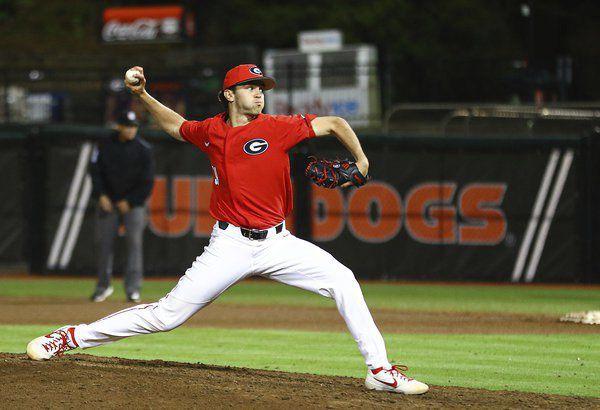 A junior mechanical engineering student, Darryn earned a place on the UGA baseball team as a walk-on following an impressive tryout his sophomore year. Not only did he make the team as a walk-on, an extraodinarily rare accomplishment, he pitched well enough to make the travel roster for every game and was the winning pitcher in an historic 20-inning victory over Clemson.

"Academics was the reason that Darryn came to the University of Georgia and he has excelled in that area," said Scott Stricklin, UGA's head baseball coach. "When he is not practicing or working out, Darryn is studying.  He takes his academic career very seriously and he competes in the classroom much like he competes on the baseball field. He just seems like he is locked into whatever he is doing and tries to execute it to perfection."

Darryn became interested in engineering in high school while working on two engineering service projects. He was part of a team that designed and built a vertical axis wind turbine in Swaziland, Africa to power an aquaponic farm and he served as project manager on a second team that designed and built a solar power system and battery bank at a school for the deaf in Eden, Jamaica.

"The experience was unlike anything I had ever encountered before, and it showed me how impactful engineering could be to the lives of people around me," said Darryn.

A member of the 2019 Southeastern Conference Academic Honor Roll, Darryn has worked as an engineering intern at Fabric Sources International in Dalton during baseball's off season.

The College of Engineering Undergraduate Merit Awards for Service, Research, and Athletics honor students who demonstrate a strong work ethic inside and outside the classroom. These students exceed expectations as set forth by instructors, professors, staff and coaches.